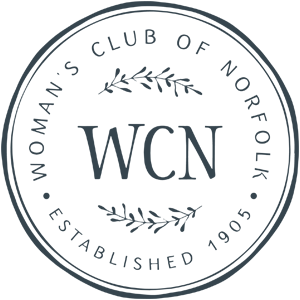 The Woman’s Club of Norfolk was founded in 1905, by Miss Virginia Gatewood. Miss Gatewood sent out 500 invitations and 200 women responded. In December of that year, the club was incorporated and in 1925 they purchased the Martin Mansion, historic Ghent, as their home.

The early Woman’s Club sponsored a speaker series that included Ruth Rhode, Minister to Denmark, President Herbert Hoover and many Governors and Authors. This lecture series was the precursor of the Norfolk Forum, which is enjoyed by many today. The club hosted activities for the 1907 Jamestown Exposition, sponsored a legal aid clinic, pushed for prison reform, marched for women’s suffrage and sponsored the Crepe Myrtle Festival, a forerunner of the Azalea festival, now known as the popular NATO Festival. They also conducted classes three days a week beginning in 1927 for what was the beginning of the Norfolk branch of William and Mary that later became Old Dominion University.

Over a century later, the Martin Mansion is still home to the Woman’s Club of Norfolk.

The Woman’s Club of Norfolk is relevant to women today as a private Club, with members of all ages, and fosters a positive and encouraging environment for all members, with a focus on activities and programs that support philanthropy, education and women’s entrepreneurship. The Club also directs the Gatewood Martin Mansion Foundation, the preservation and fundraising effort for our over 100 year old Mansion, and grounds. 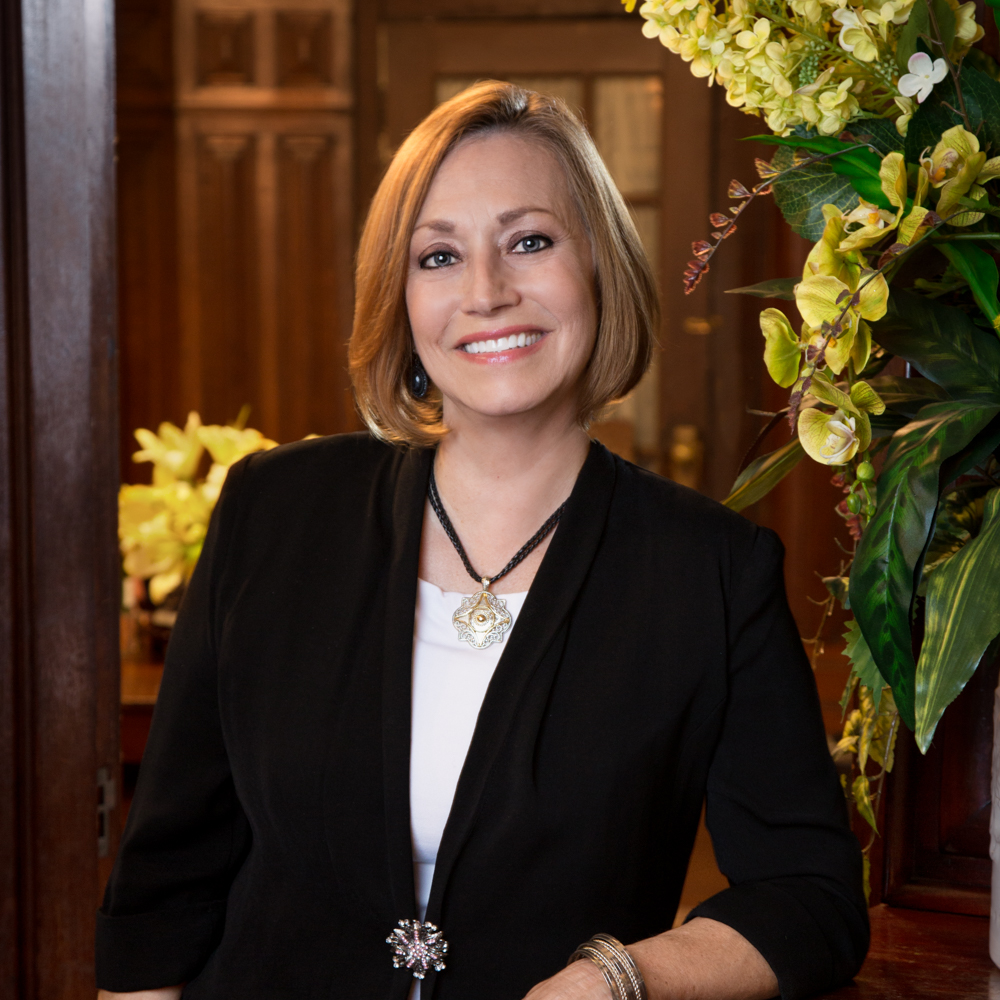 We are a private club. Prospective members must be proposed by a member and sponsored by two additional members. If you do not know a member, please contact our Membership Chair at membership@womansclubofnorfolk.com .

All member applications require board approval and applicants must be at least twenty-three years of age. We offer several member tiers based on your activity interest. For more information, contact our membership chair at: membership@womansclubofnorfolk.com

Our club also has a membership in the General Federation of Woman’s Clubs. For more information: https://www.gfwc.org 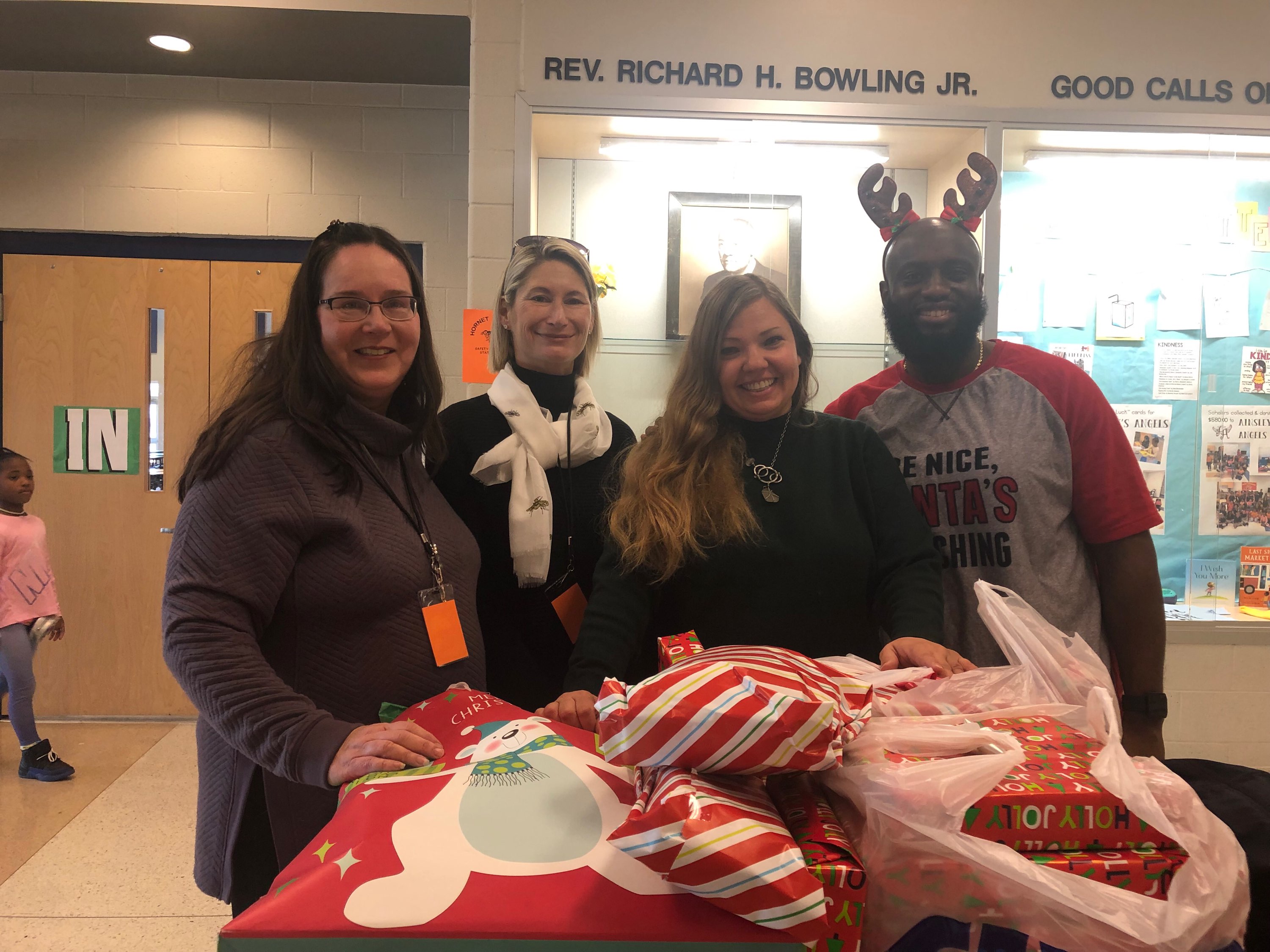 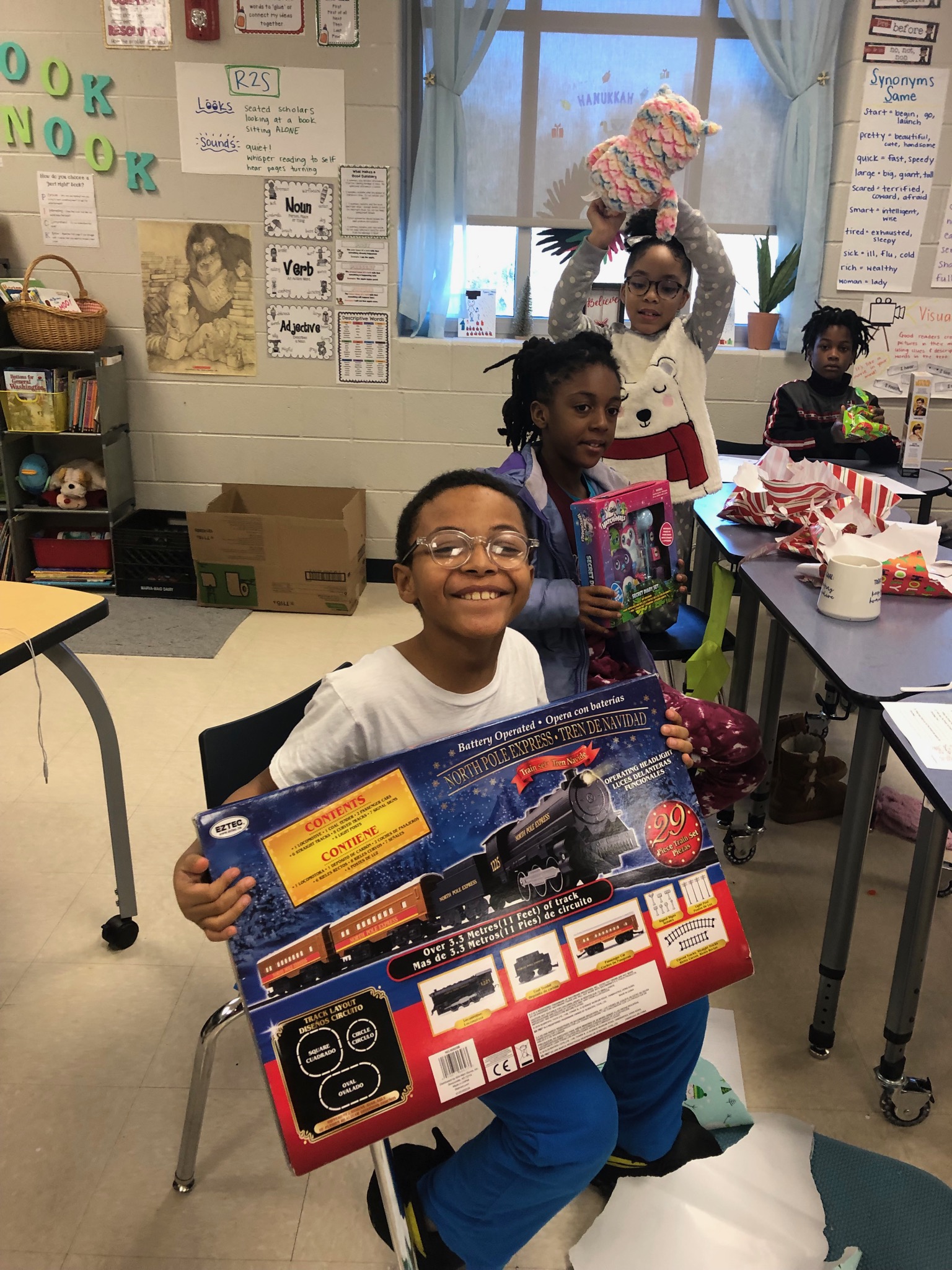 The Woman’s Club of Norfolk, in partnership with Life Enrichment Center, got an opportunity to tutor children reading at aTitle One Norfolk Public School. The volunteers from the club, along with the Norfolk Police Department, meet weekly with 3rd-graders who are at risk of failing reading comprehension milestones, working one on one with the same child the entire academic year.
Before the holiday break, we purchased over 70 Christmas gifts – enough for each student in the third grade! The joy on their faces was priceless!

The Reality of Human Trafficking
On November 7th, 2019, the Woman’s Club of Norfolk hosted a community presentation on human trafficking impacts and solutions in Hampton Roads and beyond.  Investigators from the Norfolk Police Vice Department and Homeland Security shared valuable information with the audience.  Afterward, Tiffany McGee, the founder and CEO of Survivor Ventures, a non-profit that helps heal survivors through support and a unique economic empowerment model, spoke about ways individuals can help with this national and local crisis.  Ms. McGee’s local  non-profit received one of five substantial federal grants and will use it to partner with local businesses to assist with the job training of rescued trafficked survivors.  The symposium was well attended and everyone left with a better understanding of the issue and possible solutions. If you would like to know more about what you can do to help Survivor Ventures, contact: www.survivorventures.org 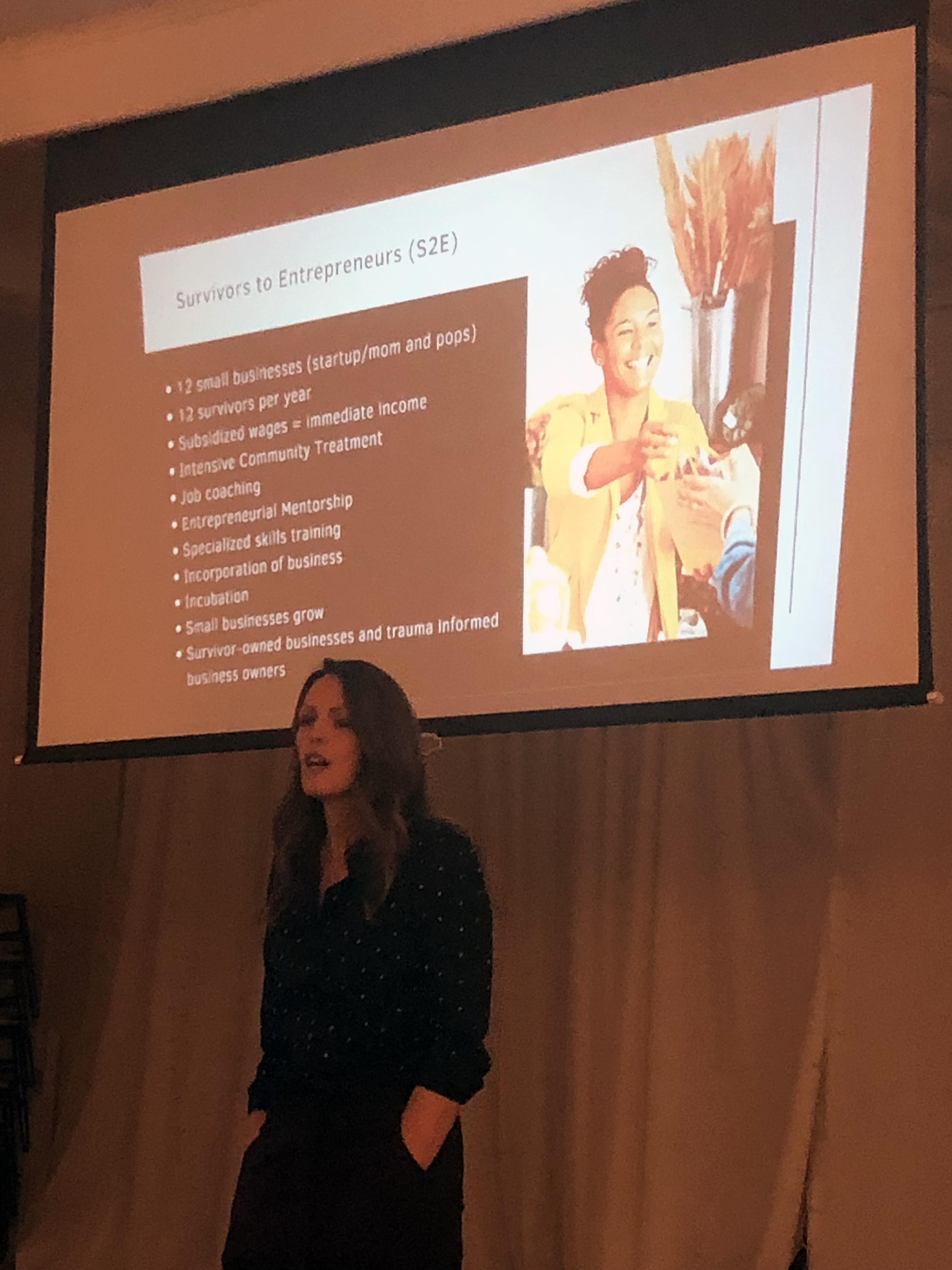 The Woman’s Club of Norfolk recently received recognition from the General Federation of Woman’s Clubs with SIX awards in the Medium Club category for our 2019 community efforts. We received the Conservation award for our Sea Change event in which we partnered with the Garden Club of Norfolk. Our Leadership award was for the completion of our 3+ year By-Law project that aligned WCN with 21st century standards. Our Public Issues award was for our outreach to first responders with a free Lasagne Luncheon. The International Outreach (UNICEF) award and the Virginia State Project award was for our Human Trafficking, “I’m not for Sale” forum that was held in the Fall. Our Education award was for our involvement with the tutoring project at Richard Bowling Elementary, a Title One School in Norfolk. Members of WCN volunteered each week, tutoring 3rd-grade students on their reading comprehension skills. 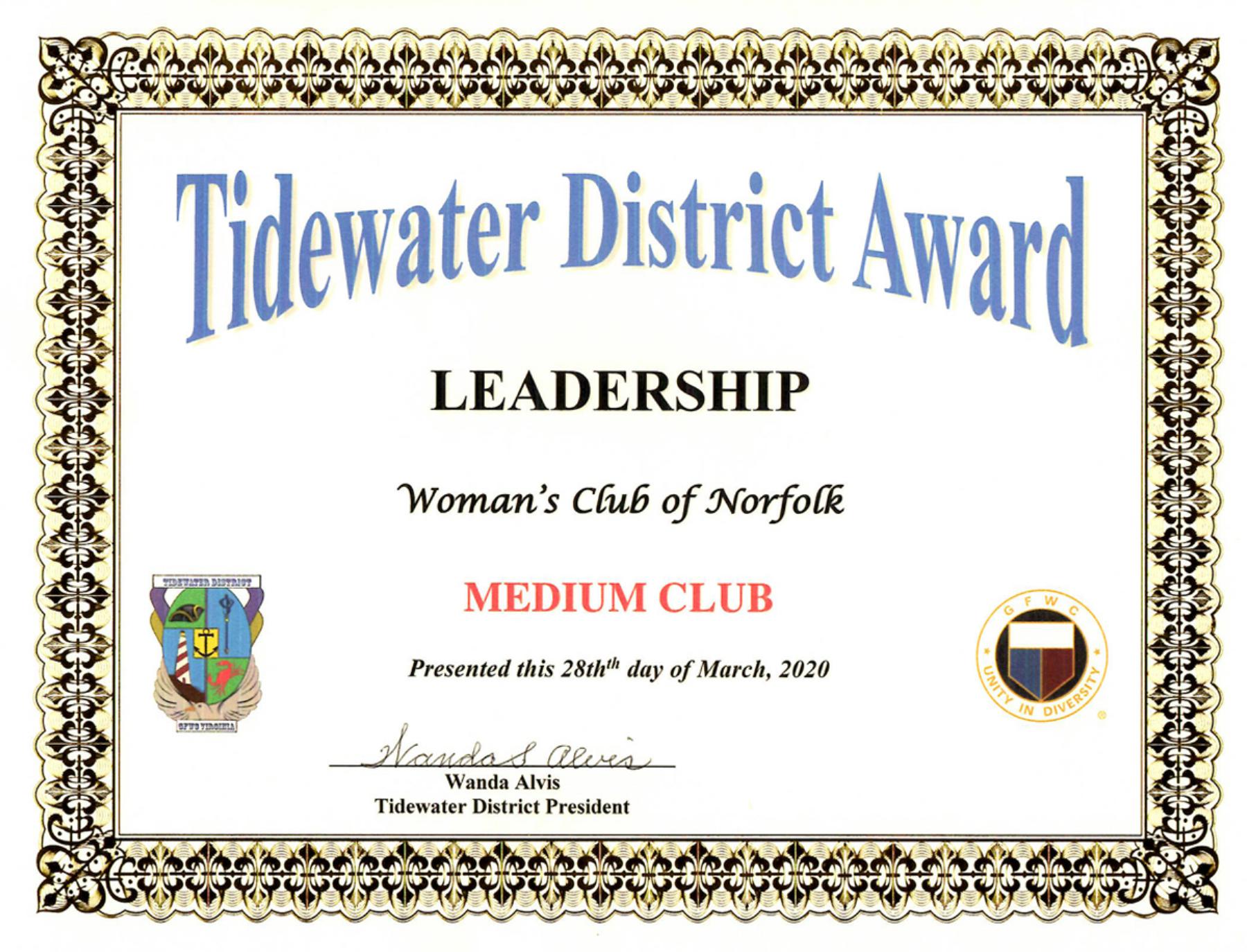 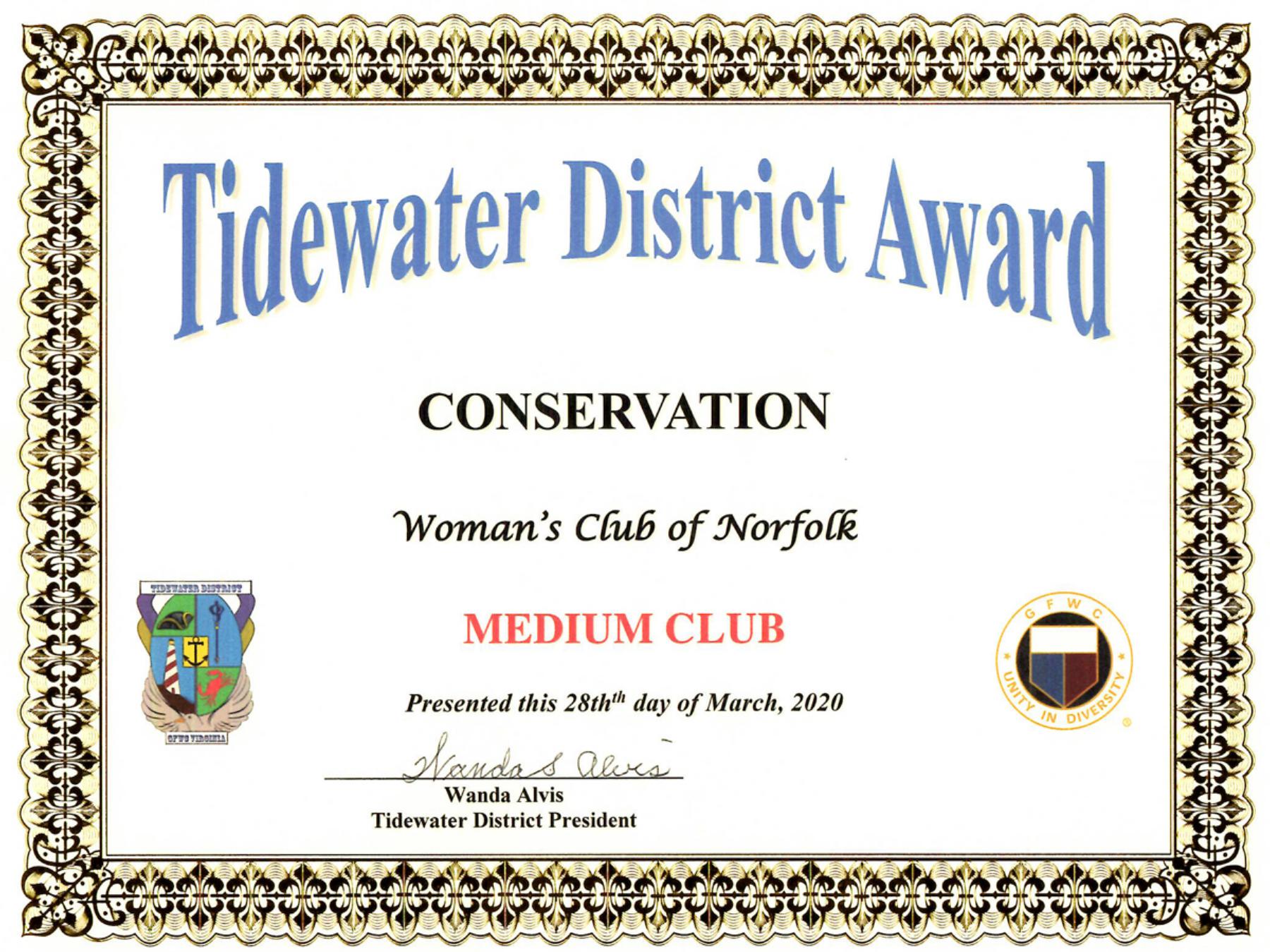 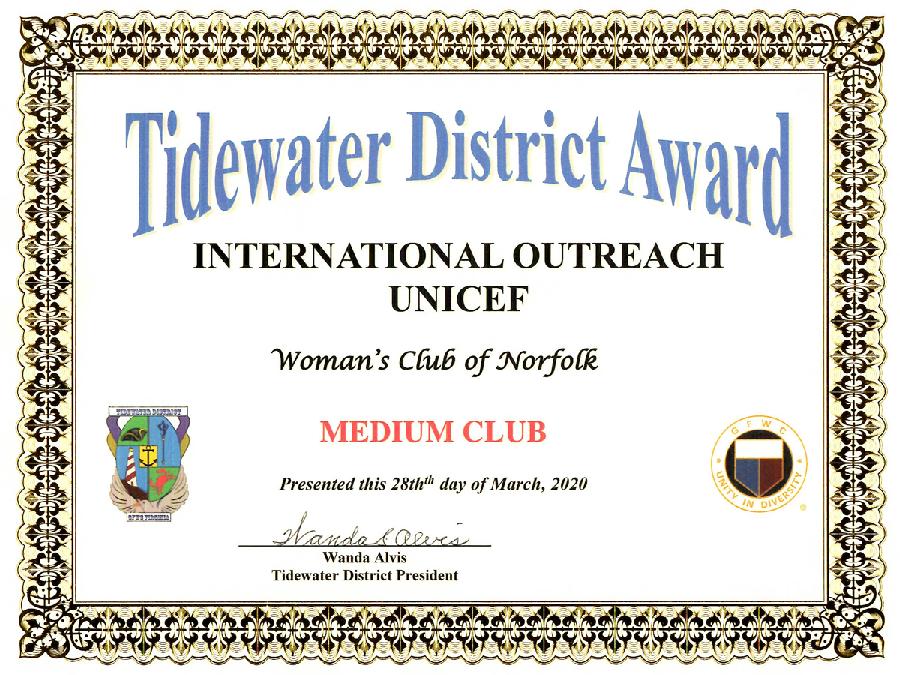 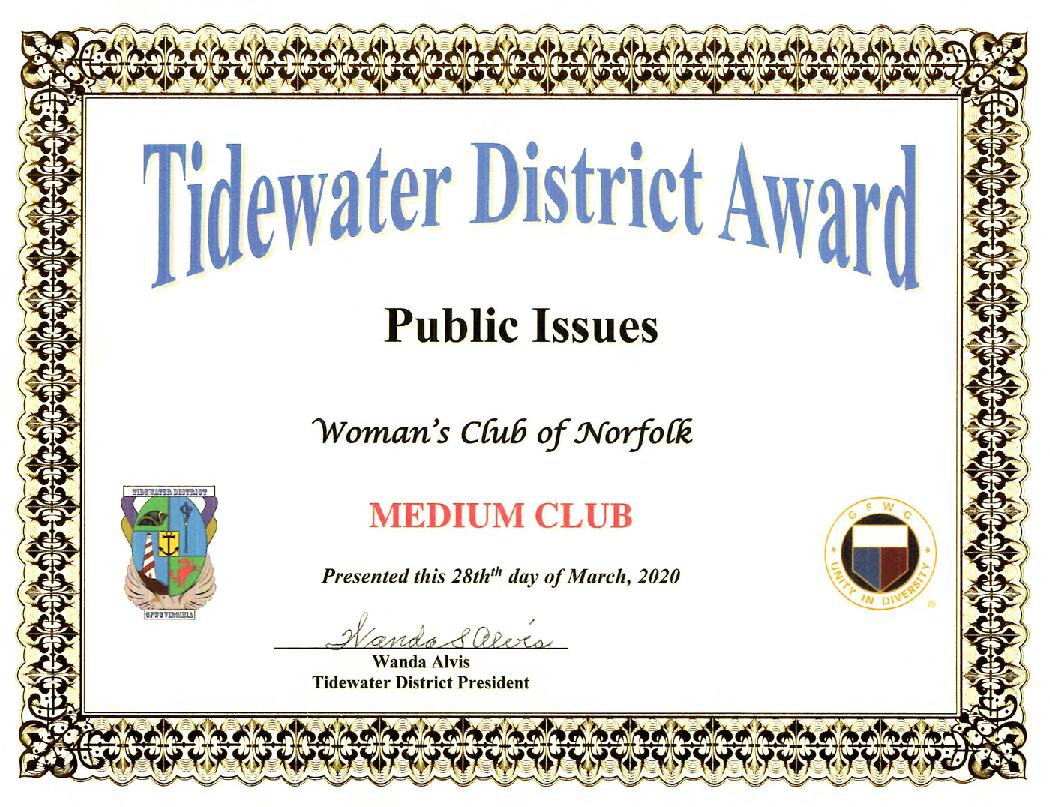 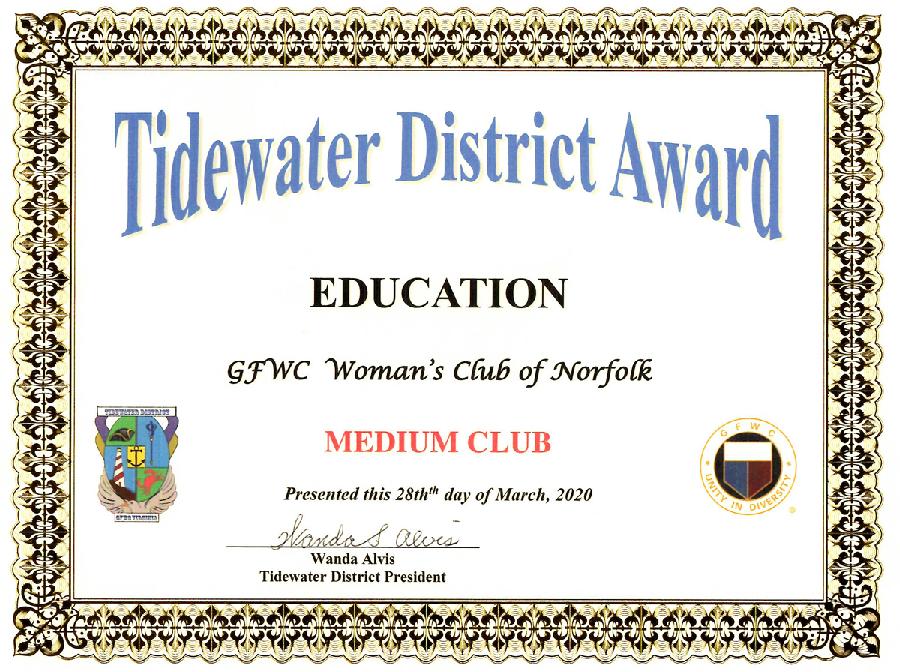 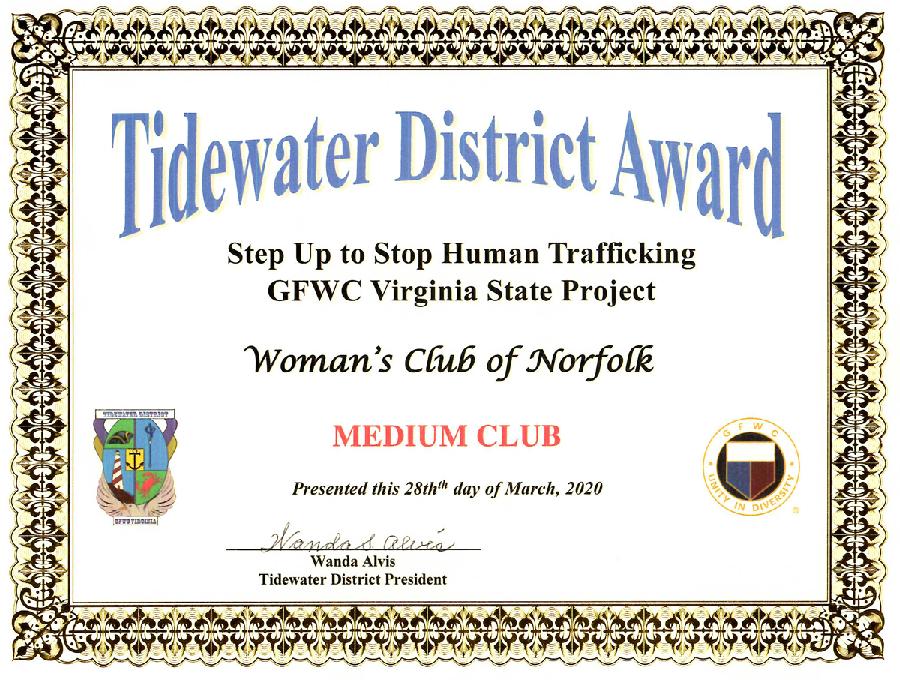 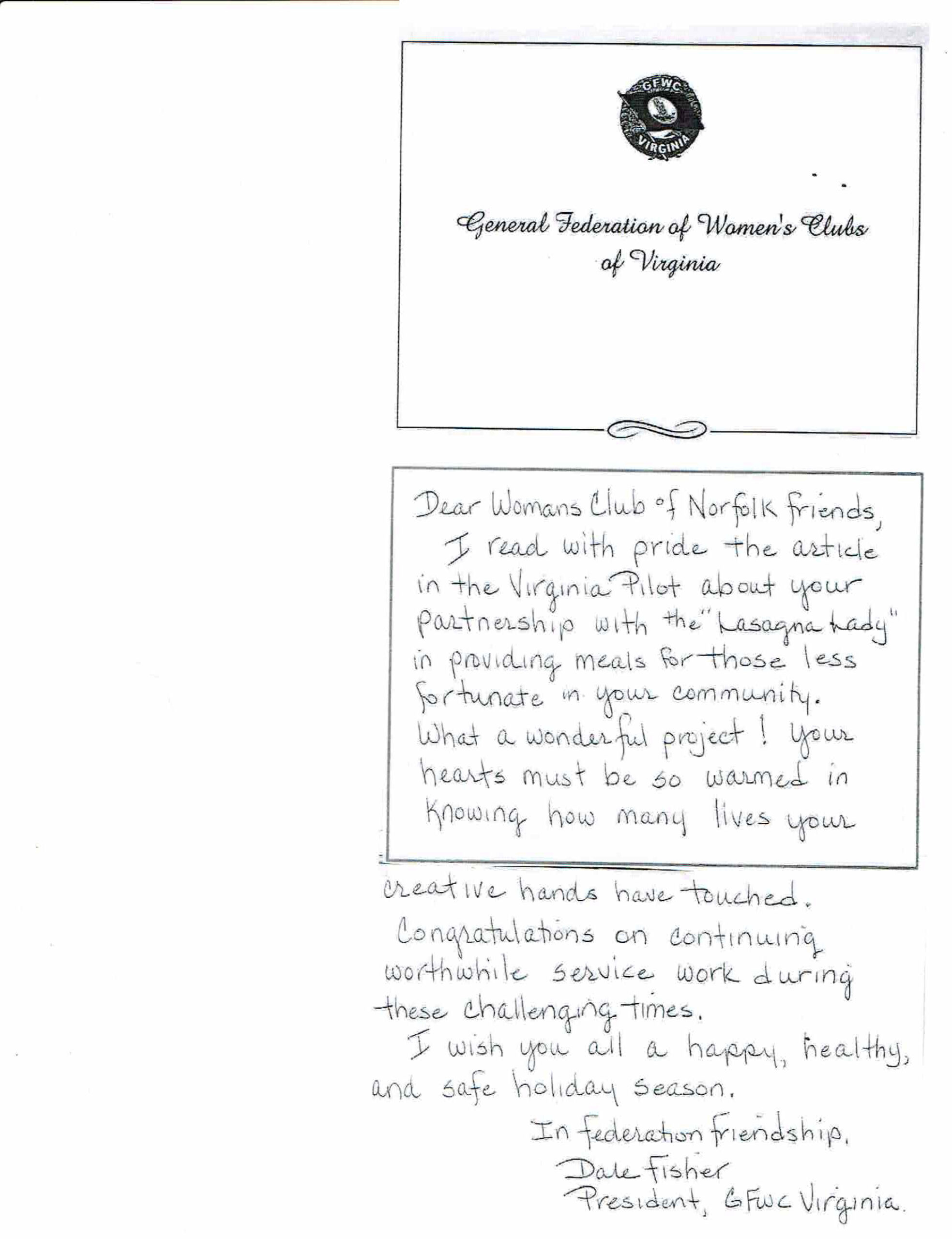